Recently, the Open Motion Planning Library (OMPL) won the Grand Prize in the Open Source Software World Challenge. This is a yearly competition organized by the South Korean government and is intended to promote open source software and expand various exchanges among open source software developers all over the world. Last year’s winner was the Point Cloud Library, so we are in good company! This year, 55 teams from 23 countries participated in the international division. The second and third prize winners were:

Besides the international category, there were also several categories at the national level, ranging from elementary school level (!), to college level. Web development and mobile apps seemed to be of particular interest. Several high-ranking government officials were in attendance, gave speeches, and handed out awards. Mark Moll attended the award ceremony and gave a talk about OMPL. 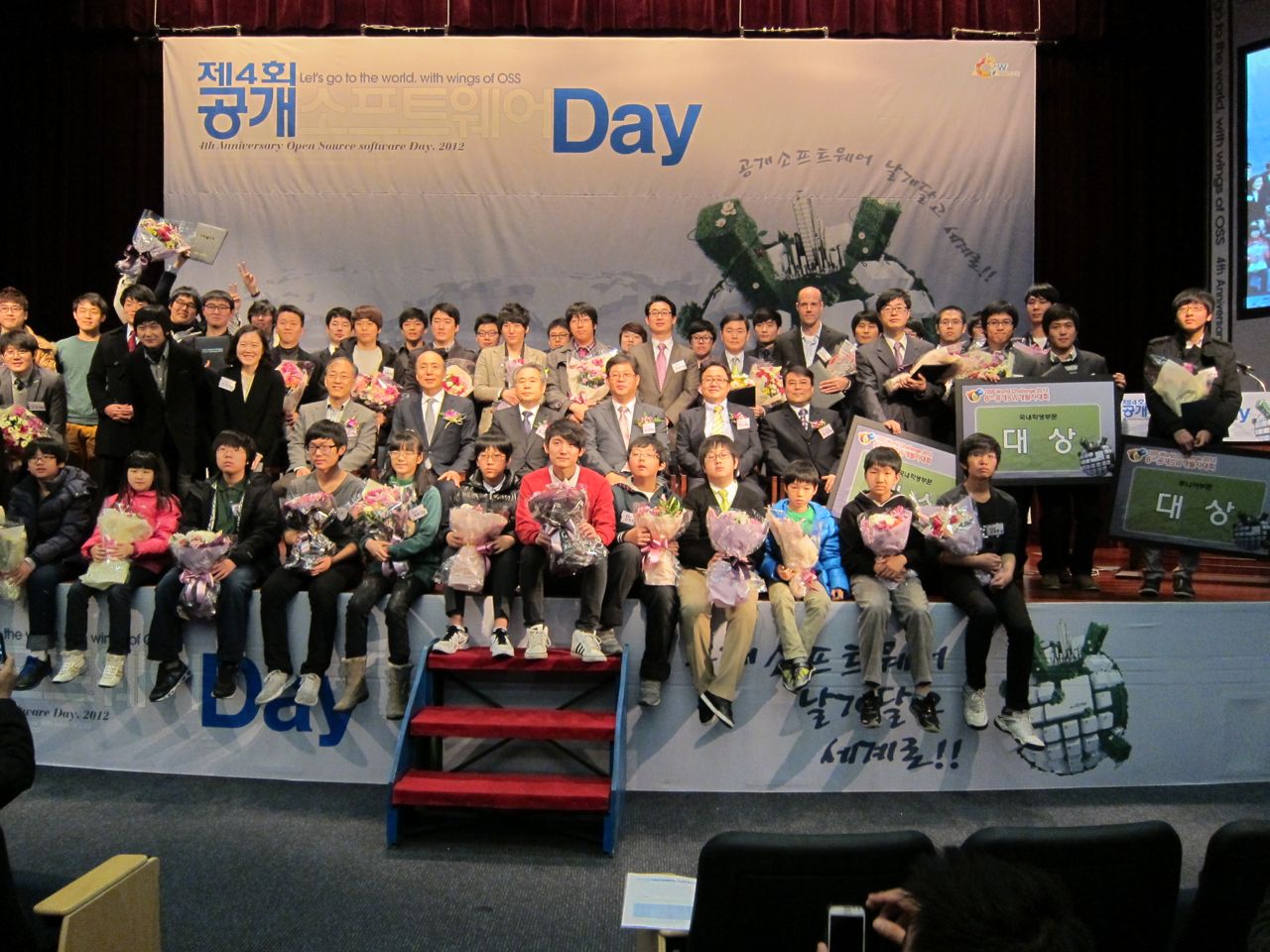