A 2017 highlight reel for MoveIt, the ROS package that provides a high-level interface to OMPL and other motion planning packages.

OMPL has support for motion planning subject to hard constraints, including, but not limited to, Cartesian planning. In a 2019 paper in the International Journal of Robotics Research we describe how we have integrated prior motion planning approaches to planning with constraints in one framework that allows you to use any of the OMPL planners for constrained planning. The video below illustrates the main ideas. The examples in the videos are included as demo programs in the ompl/demos/constraint directory.

Morse is a robot simulator built on top of the 3D modeling program Blender. Caleb Voss has developed a plugin for Blender that allows you use OMPL to plan motions for Morse robots. There is extensive documentation on how to use this plugin. Below are some example videos produced with this plugin.

An example of using OMPL on the PR2 from Willow Garage. The robot is asked to move the manipulate objects on the table. This demo is using ROS.

ROS-Industrial aims to bring ROS to the industrial world. Path and motion planning, as provided by OMPL, are critical component of that. Below is brief overview of ROS-Industrial.

Below is a video illustrating the results of using OMPL to plan footsteps for a humanoid. The work is described in detail in:

The focus is not so much on OMPL, but rather a new hybrid bounding box that allows the robot to step over obstacles.

An example of using OMPL to plan for a robotic system simulated with ODE. The goal is for the yellow car to reach the location of the green box without hitting the red box. The computation is performed using KPIECE. For each computed motion plan, a representation of the exploration data structure (a tree of motions) is also shown.

Below are some rigid body motion planning problems and corresponding solutions found by OMPL.app. The planar examples use a kinematic car model.

Planning for Underactuated Systems in the Presence of Drift

In the game of Koules, there are a number of balls (called koules) flying in an orbit. The user controls a spaceship. At any time the user can do one of four things: coast, accelerate, turn left, or turn right. The ship and the koules are allowed to collide. The objective is for the ship to bounce all the koules out of the workspace. The user loses when the ship is bounced out of the workspace first. We have written a demo program that solves this game. The physics have been made significantly harder than in the original game. The movie below shows a solution path found by the Koules demo for 7 koules.

In Fall 2010 OMPL was used for the first time in Lydia Kavraki's Algorithmic Robotics class. Students completed several projects. For their last project they could choose from several options. Linda Hill and Yu Yun worked on path optimization. The different optimization criteria considered they considered were path length and sum of discrete path curvature sum. Minimizing the former in shorter paths, minimizing the second results in smoother paths. They used two optimization techniques specific to paths / curves: B-spline interpolation and path hybridization. Path smoothing using B-spline interpolation is shown below on the left. In path hybridization a set of (approximate) solutions to a motion planning problem is given as input, cross-over points are computed, and a new optimized path composed of path segments is found. An example of path hybridization to minimize path length is shown below on the right. In both cases the paths were in SE(3); the figures show simply the R3 component. 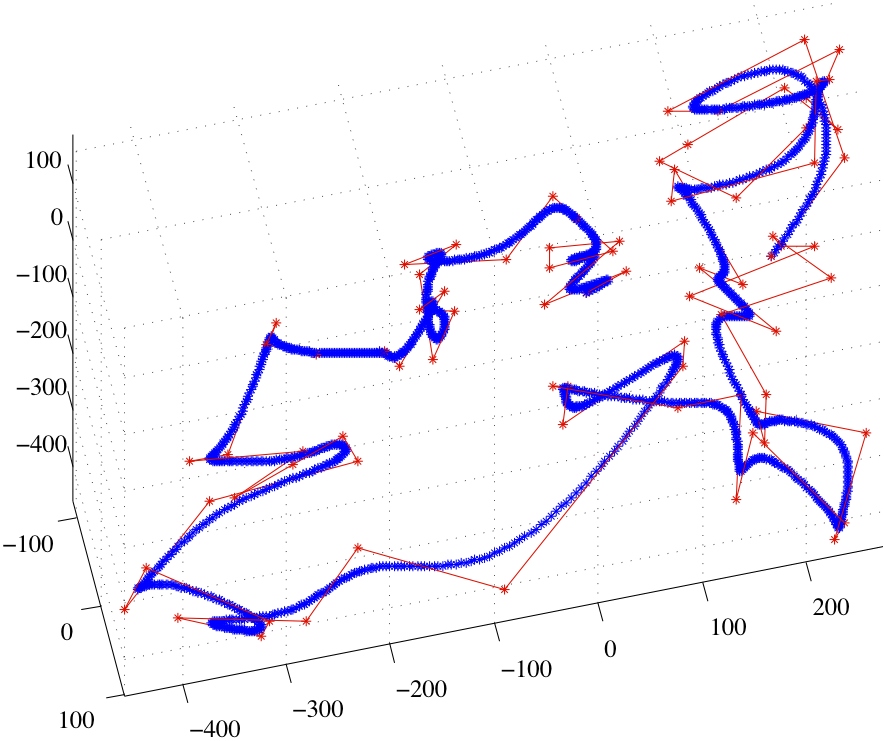 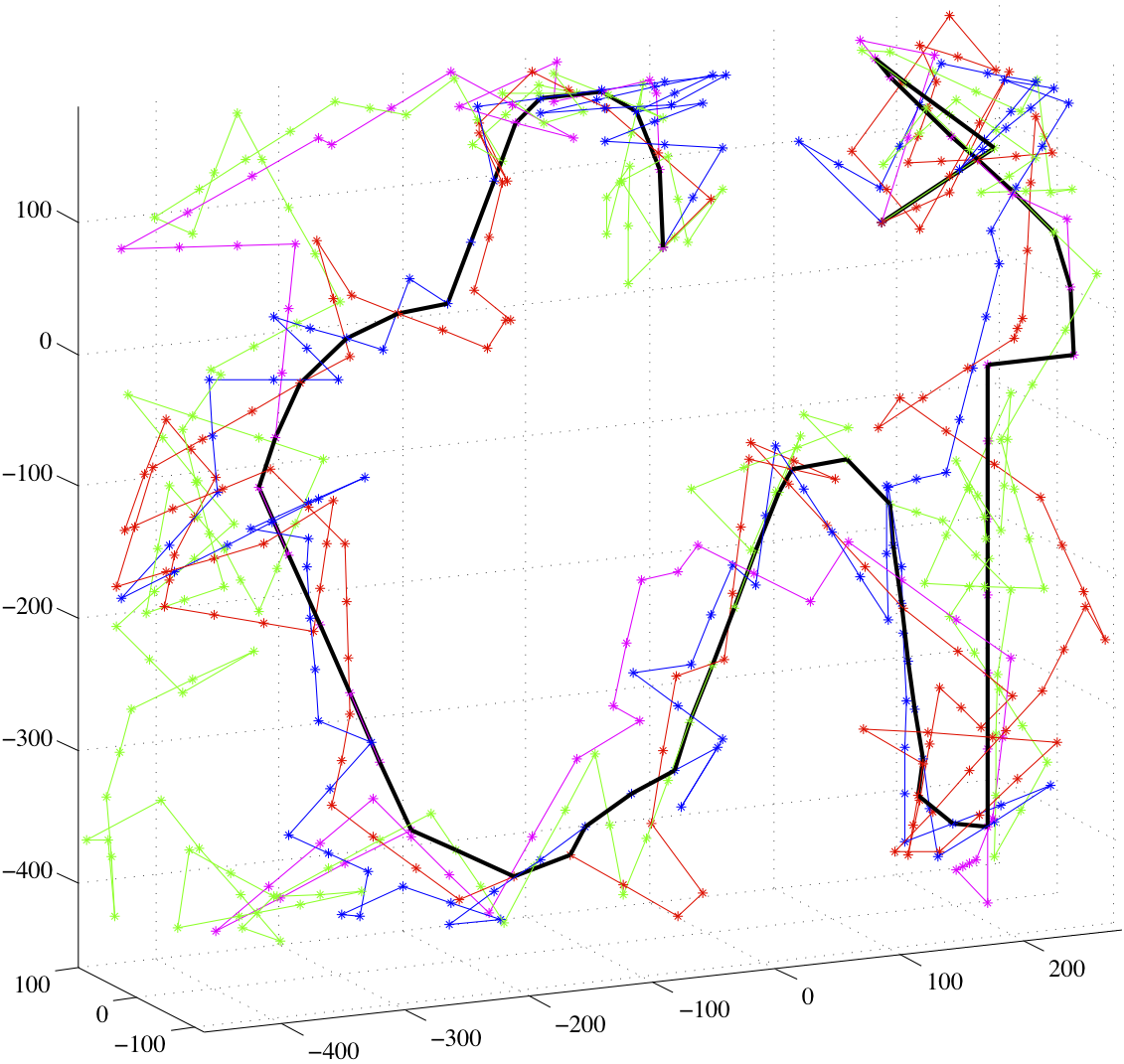